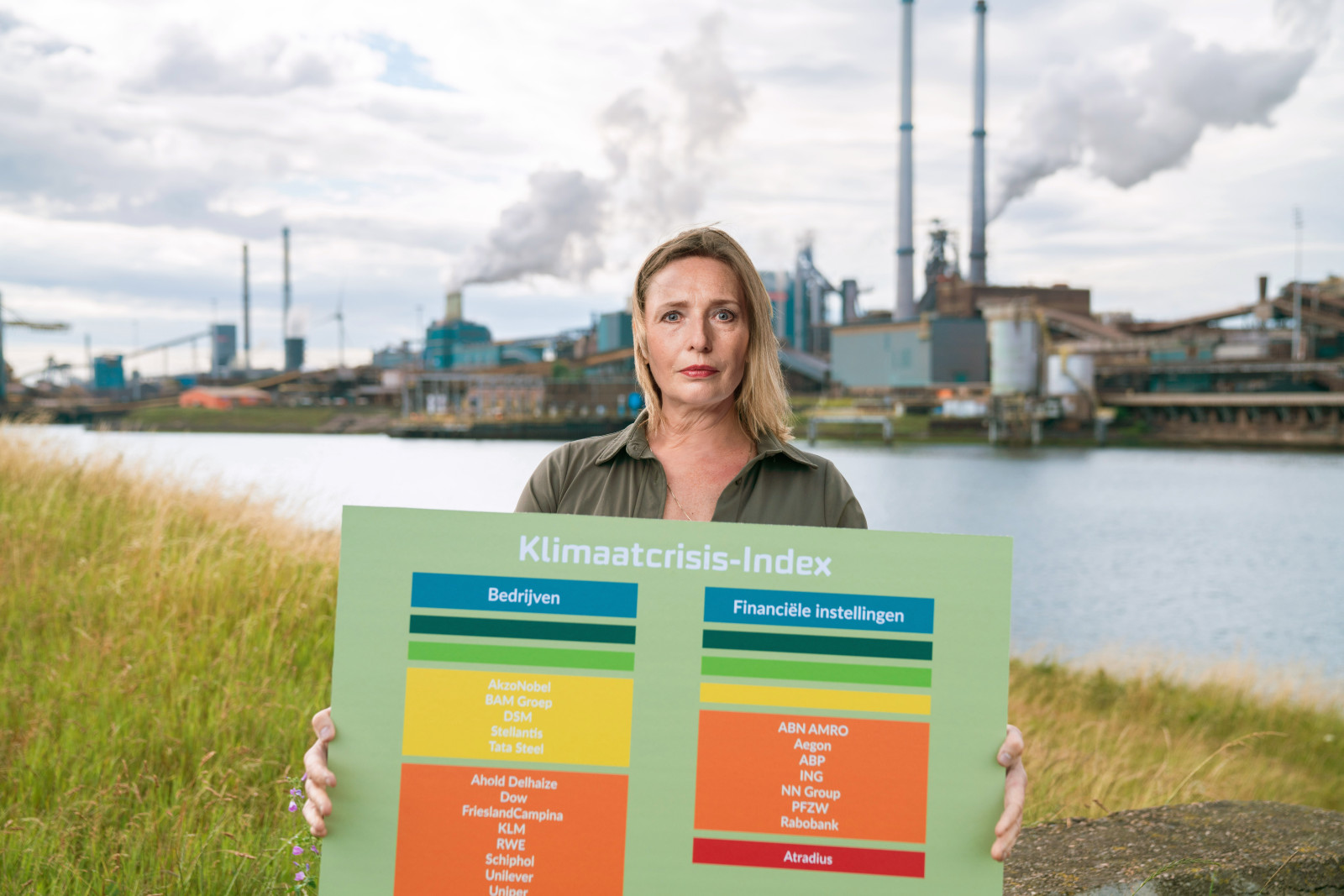 29 major polluters on collision course with our climate

Amsterdam, July 5 – 29 major companies, including ING, Schiphol and Unilever, are falling seriously short when it comes to their climate plans. This is evident from the Climatecrisis-Index presented today, a study by the NewClimate Institute commissioned by Milieudefensie (the Dutch chapter of Friends of the Earth). "This research shows that these companies are on a collision course with our climate and are nowhere near meeting climate agreements" says Donald Pols, director of Milieudefensie.

The environmental organisation had asked companies for their climate plans after a judge in the court case against Shell ruled that polluting companies bear a major responsibility in countering dangerous climate change. To meet the target of limiting global warming to 1.5 °C, climate plans must outline how companies will realise a minimum of 45% CO2 reduction by 2030. The NewClimate Insitute’s research shows that on average, the companies assessed will achieve no more than 19% CO2 reduction by 2030.

The NewClimate Institute as an independent research organisation, has looked into, among other things, how transparent companies are about their aggregate emissions. It also assessed the quality of their climate plans. None of the companies in the Climatecrisis-Index provide a full picture of all their emissions. Scope 3, the emissions associated with the services or products a company buys or sells, is hardly in the picture, even though, on average, these make up 80% of all emissions combined. Because companies have insufficient insight in the emissions across their value chain, they are ignoring a major part of their responsibility. The climate crisis demands concrete and achievable plans. “The time for empty talk about greening corporate operations is over; businesses must start putting put their money where their mouth is. It is now clear that these companies will not realise the ambitions of the Paris climate agreement. They will have to work much harder to stop dangerous climate change”, says Pols.

Milieudefensie is pleased that the government is allocating billions to invest in countering climate change, but according to the environmental organisation, these funds should not end up in the pockets of companies that continue to pollute the planet. Pols: ¨Not a single penny of taxpayers’ money should go to these companies without a solid climate plan. Investing in these polluting companies now is like pouring money down the drain.¨ In addition, companies should also consider the future of their employees. Milieudefensie wants to see the billions in climate funding equitably invested in, among other things, combatting energy poverty and making homes more sustainable.

The Climatecrisis-Index also analyses the climate plans of eight financial institutions. The assessment reveals that the emissions associated with their investments are, on average, 700 times larger than the emissions associated with their offices. Pols: “For a bank or a pension fund it is ever so much easier to reduce their polluting emissions. They do not produce or sell own products, so what they should do is to cease doing business with companies that continue to cause dangerous climate change.” This is irresponsible, not least towards the customers of pension funds and banks. “If they continue to invest our money in fossil fuels, we’ll never get it back”, says Pols.

A year from now, Milieudefensie will present an update of the Climatecrisis-Index. Until then, companies must speed up improving and implementing their climate plans. But more is required. Pols: ¨We are starting a preliminary legal investigation, while continuing to engage with these companies.¨ Milieudefensie hopes that companies will finally come to see the importance of a future-proof climate plan. For the organisation, taking companies to court is not a desired outcome, but a means to an end. Pols: ¨Our goal is not litigation, but to stop dangerous climate change. However, if necessary, we are both willing and able to start new lawsuits.¨