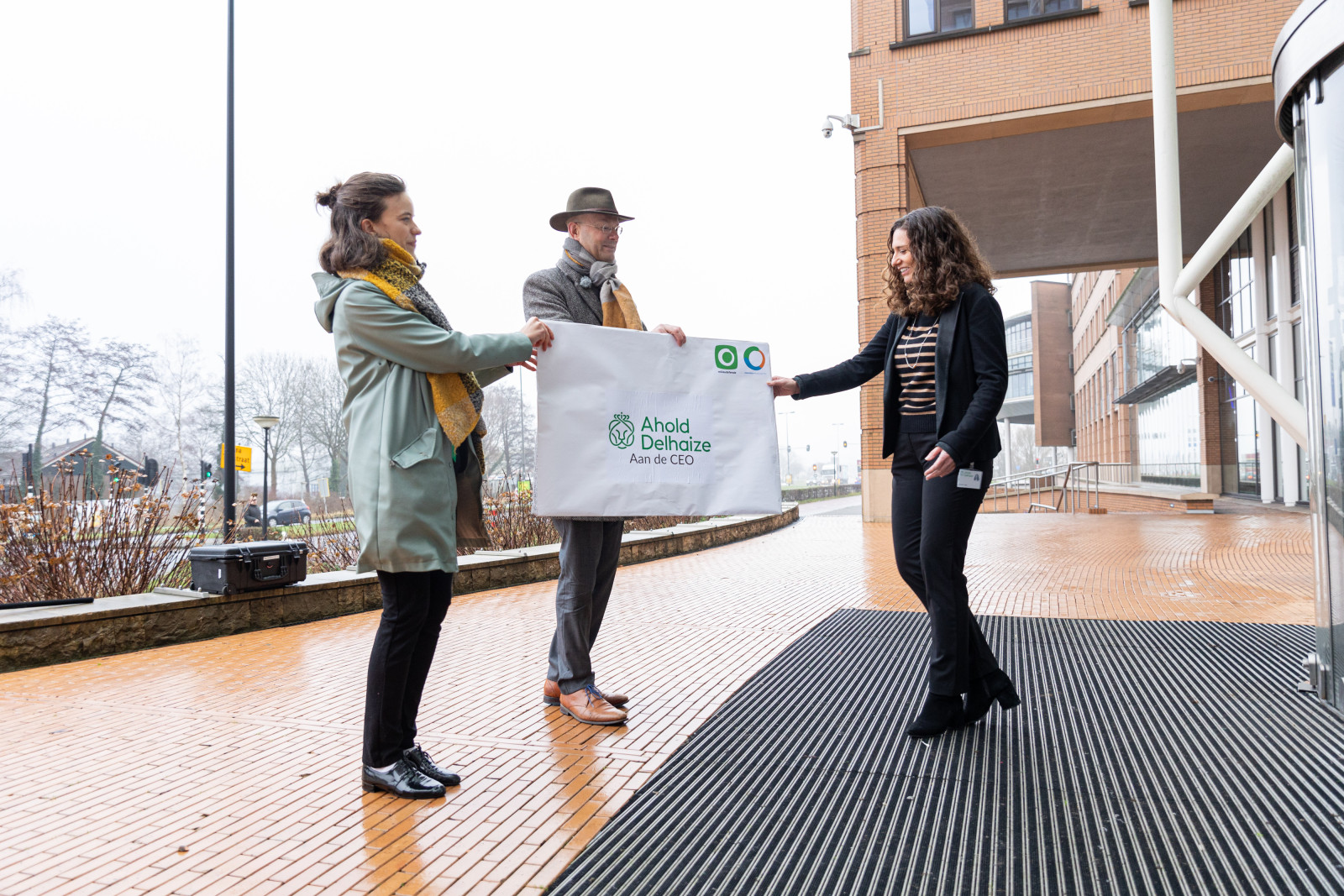 Amsterdam, 13 January 2022 – Milieudefensie/Friends of the Earth Netherlands demands climate plan from 30 major polluters that shows how they intend to become future-proof before 2030.

Milieudefensie director Donald Pols: “Now that the courts are forcing Shell to take its responsibility in resolving the climate crisis, it is clear that other major emitters will now also have to take swift action to go green.” Milieudefensie/Friends of the Earth Netherlands has already won its case against Shell. The other major polluters will today receive a letter from Milieudefensie/Friends of the Earth Netherlands, in which we call on these companies to present a concrete and feasible climate plan within the next three months. The plan must detail how these polluters intend to reduce their CO2 emissions by at least 45% by 2030.

The letter is co-signed by Neele Boelens, the chair of Jongeren Milieu Actief (JMA). Today, she and Pols will visit Ahold to deliver the letter in person. “Many people my age have a side job stocking groceries at supermarkets like Albert Heijn’s, but have no influence on their employer’s policies. The company is making insufficient work of going green, as if it fails to acknowledge the global climate crisis. Which is why we young people together with local residents will be campaigning until all CEOs hear our voice. Because we want the climate crisis to stop.” JMA members will pay several companies a visit to deliver the letter.

Pols: “30 quantifiable greening plans are needed to stop dangerous climate change. The ruling in the climate case against Shell underscores the responsibility of businesses in our way out of the climate crisis, both nationally and internationally. Make sure that employees and local residents can be proud of these companies once again.” In 2015, the Paris Climate Agreement was signed, in which the responsibility of climate-polluting companies was underlined.

If the companies concerned fail to show a concrete and equitable climate plan within the set time frame, Milieudefensie/Friends of the Earth Netherlands will consider follow-up steps. Pols: “We will continue to fight dangerous climate change and will keep up the pressure on these 30 major climate polluters until they contribute to the solution.”

Letter to the CEOs  including the criteria climate plans must meet

All plans will be assessed by the NewClimate Institute