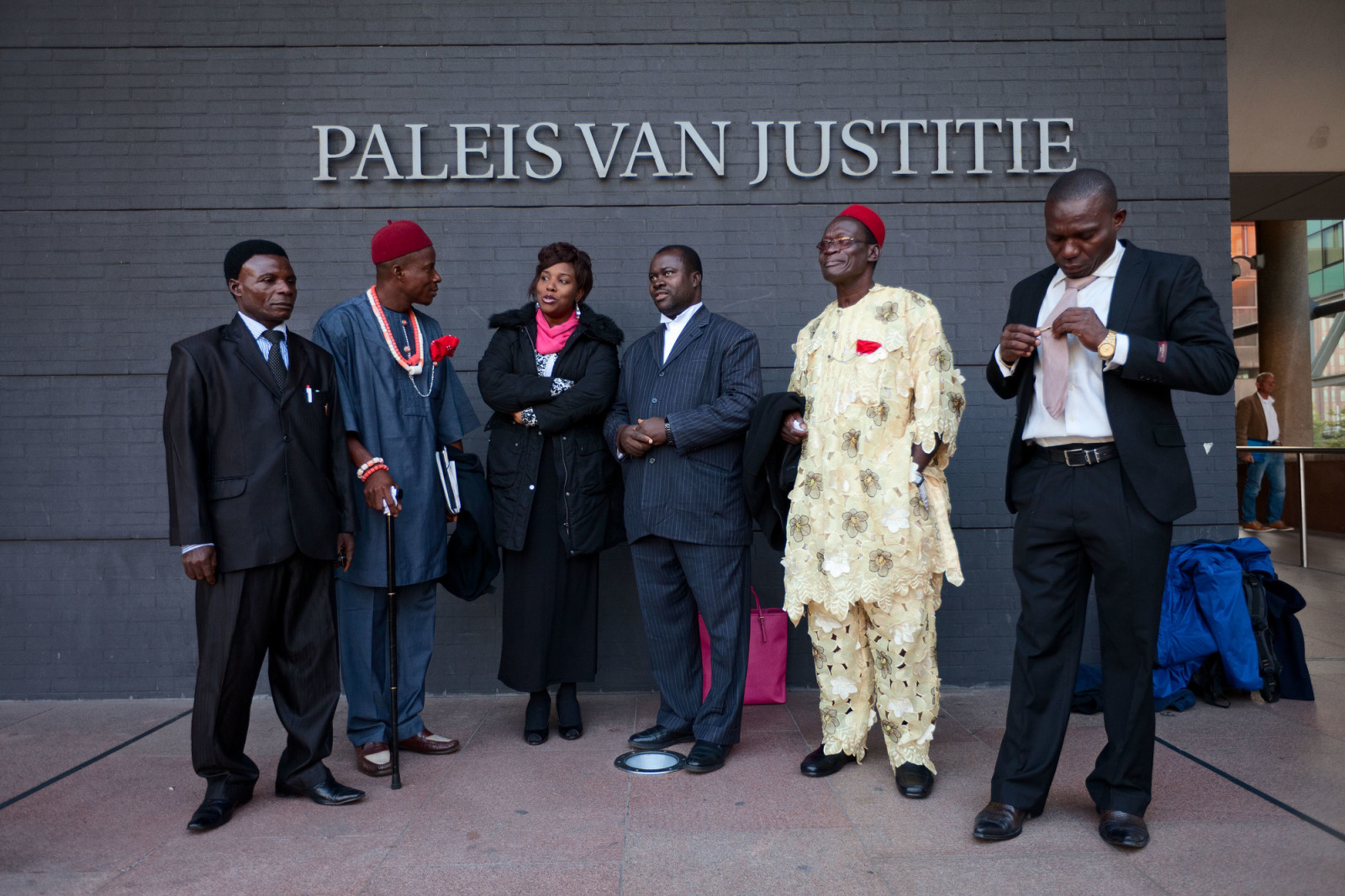 The Hague, 29 January 2021 - The Court of Appeal in The Hague has ruled in favour of Milieudefensie/Friends of the Earth Netherlands and four Nigerians on essential points in an oil pollution case that was first brought against Shell in 2008. Shell Nigeria in particular is liable for oil pollution at three locations in the Niger Delta, but according to the court, the parent company Royal Dutch Shell also had a duty of care to make sure that a leak detection system was installed. Three of the four Nigerian plaintiffs and their fellow villagers must now be compensated for the damage caused and Shell must ensure that there is a leak detection system in the pipelines in Nigeria. It is the first time that a court has held a Dutch multinational accountable for its duty of care abroad.

For decades, millions of people living in the Niger Delta have been suffering the consequences of large-scale oil pollution. Every year, 16,000 babies die as a result of the pollution, and life expectancy in the Delta is 10 years below that in the rest of Nigeria. Friends of the Earth Netherlands’ lawsuit revolves around pollution from leaks of Shell oil in three villages, which has rendered local people’s fields and fish ponds unusable. Friends of the Earth The Netherands argued that the leaked oil was never thoroughly cleaned up and new oil is still leaking out regularly.

Eric Dooh from Goi, one of the four Nigerian plaintiffs said:

"Finally, there is some justice for the Nigerian people suffering the consequences of Shell's oil. It is a bittersweet victory, since two of the plaintiffs, including my father, did not live to see the end of this trial. But this verdict brings hope for the future of the people in the Niger Delta."

Channa Samkalden, the lawyer for the Nigerian farmers and Milieudefensie said:

"After years of litigation there is justice for most of my clients at last, only the case in Ikot Ada Udo is still ongoing. Not only is Shell liable for the oil spill and will my clients get compensation, this case also shows that European companies must behave responsibly abroad."

"This is fantastic news for the affected farmers. It is enormous that Shell has to compensate for the damage. This is also a warning for all Dutch multinationals involved in injustice worldwide. Victims of environmental pollution, land grabbing or exploitation now have a better chance to win a legal battle against the companies involved. People in developing countries are no longer without rights in the face of multinationals."

The Nigeria case has lasted almost 13 years, which shows how difficult it is for victims of harm by the business activities of multinationals to obtain justice, says Friends of the Earth Netherlands. Friends of the Earth calls for ambitious European and international legislation to hold businesses accountable for harms overseas. Thousands of European citizens are participating in an online action that calls on the European Commission to introduce binding due diligence legislation.

“This is a hopeful day for all victims of oil companies' pollution and human rights abuses. But no victim should have to wait 13 years for justice, we need better EU laws now to hold European businesses liable for what happens in their supply chain. Thousands of Europeans are demanding the EU holds businesses accountable in its upcoming proposal for a new law.”

Despite decades of promises, projects, reports and other lawsuits, the Niger Delta remains heavily polluted. Oil spills are the order of the day. Even the cleanup operation that the Nigerian government, Shell and others were to start is still not functioning after 10 years of promises and preparations. As it appears, sabotage is sometimes caused by Shell employees, according to a report by Milieudefensie and Friends of the Earth Nigeria.