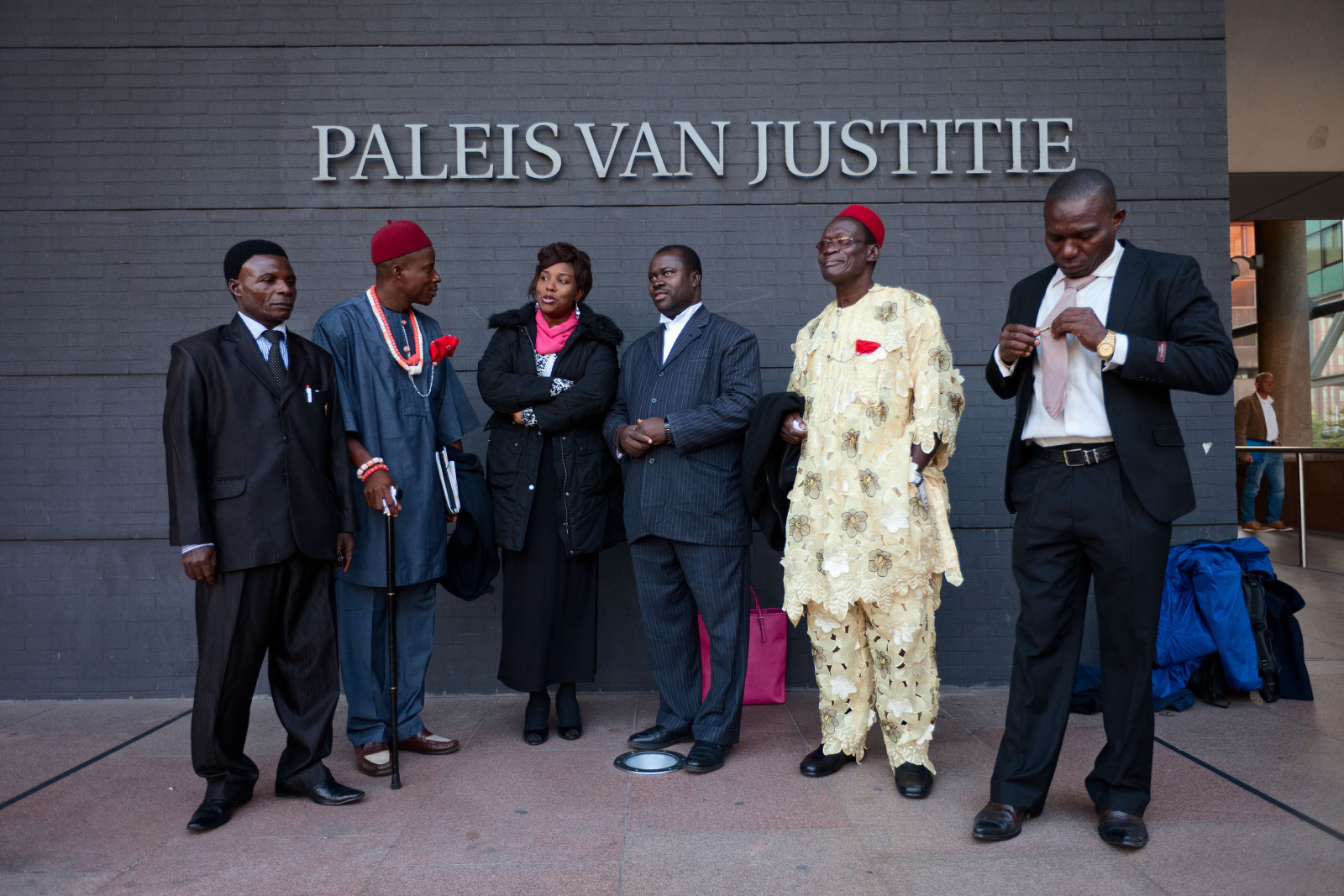 Amsterdam, October 2, 2020 - On 8 and 9 October, the appeal in the case of four Nigerian farmers and Milieudefensie [Friends of the Earth Netherlands] versus Shell will be heard in The Hague. In this final phase of the case which was started in 2008, the following questions are key: did Shell do enough to prevent spills from occurring and were the spills adequately cleaned up after they took place? The issue of whether Shell’s headquarters is responsible for the Nigerian operations will also be addressed. Over the last period, the farmers’ lawyers have gathered new evidence on all of these points, which have been presented to the court.

The Nigerian plaintiffs
The lawsuit was at the time filed by Milieudefensie together with four farmers from three villages in the Niger Delta. Shell’s leaking pipelines  have made life in these villages nearly impossible. Before the spills, the farmers were able to provide a satisfactory living for themselves. But since the oil spills have occurred, that is no longer possible. Families in the villages live in poverty, in extremely unhealthy surroundings, and children and the elderly often succumb to illness and death caused by the oil pollution. You can read more about the plaintiffs Eric Dooh from Goi, Elder Friday Alfred Akpan from Ikot Ada Udo, and Chief Fidelis A. Oguru and Alali Efanga from Oruma here. Alali Efanga did not live to see the lawsuit resolved; he died in 2016. Another plaintiff, Barizaa Dooh, died previously – his son Eric has become appellant in the case.

In 2008, it was the first time that a Dutch company ever had to appear before a Dutch court to account for environmental damage caused abroad. This makes this case unique. In this case, Milieudefensie and the farmers are suing both the Petroleum Development Company of Nigeria (SPDC – Shell's subsidiary in Nigeria) and Royal Dutch Shell (Shell’s headquarters in the Netherlands). In a previous verdict, the Court ruled in favour of Milieudefensie: Royal Dutch Shell in the Netherlands could be held accountable. Shell must therefore be held to account before the Dutch court. This verdict also has great significance for other victims of Dutch multinationals.

Channa Samkalden, the lawyer for the four farmers and Milieudefensie has acquired a great deal of new evidence in the case. Shell was ordered by the Court to provide access to certain documents, such as audit reports and internal letters. Other evidence, on the management of Nigerian operations from The Hague in the Netherlands, came from ongoing criminal proceedings in Italy against Shell. Shell has always denied its direct involvement in oil production by the company in the Niger Delta. But various internal documents clearly show that Shell is involved in the activities (and priorities) of its subsidiary in Nigeria. And it was well known in the Netherlands that things were going seriously wrong in in Nigeria, resulting in large-scale environmental damage. Nevertheless, other (financial) matters took precedence. Moreover, experts appointed by the Court have made it clear that Shell’s own investigation into the cause of the spills is flawed. For years, Milieudefensie has held that the so-called JIT (Joint Investigation Team) reports are unreliable, and this has now finally been independently confirmed. There is also new evidence regarding the degree of pollution and the clean-up of the polluted areas. Edelman soil consultants has examined the clean-up activities and concluded that Shell’s methods do not meet basic standards.

The farmers and Milieudefensie want Shell to clean up the oil, something that has not yet been done adequately. Studies carried out by the UN also indicate that Shell has not sufficiently cleaned up the Niger Delta. In addition, Shell must pay compensation to the affected farmers and their communities, as their source of income has been lost due to the oil spills. Shell must also do more to prevent new spills, including better maintenance of the pipelines.

Donald Pols, director of Milieudefensie: ‘‘Big companies can do whatever they want in a country like Nigeria. The Dutch government hardly sets any rules for the way in which multinationals can operate abroad. Because these regulations are lacking, the lives of ordinary citizens can be destroyed completely. If such regulations existed, a lawsuit such as this would not have been necessary. I call on the government to take action on this matter.’’