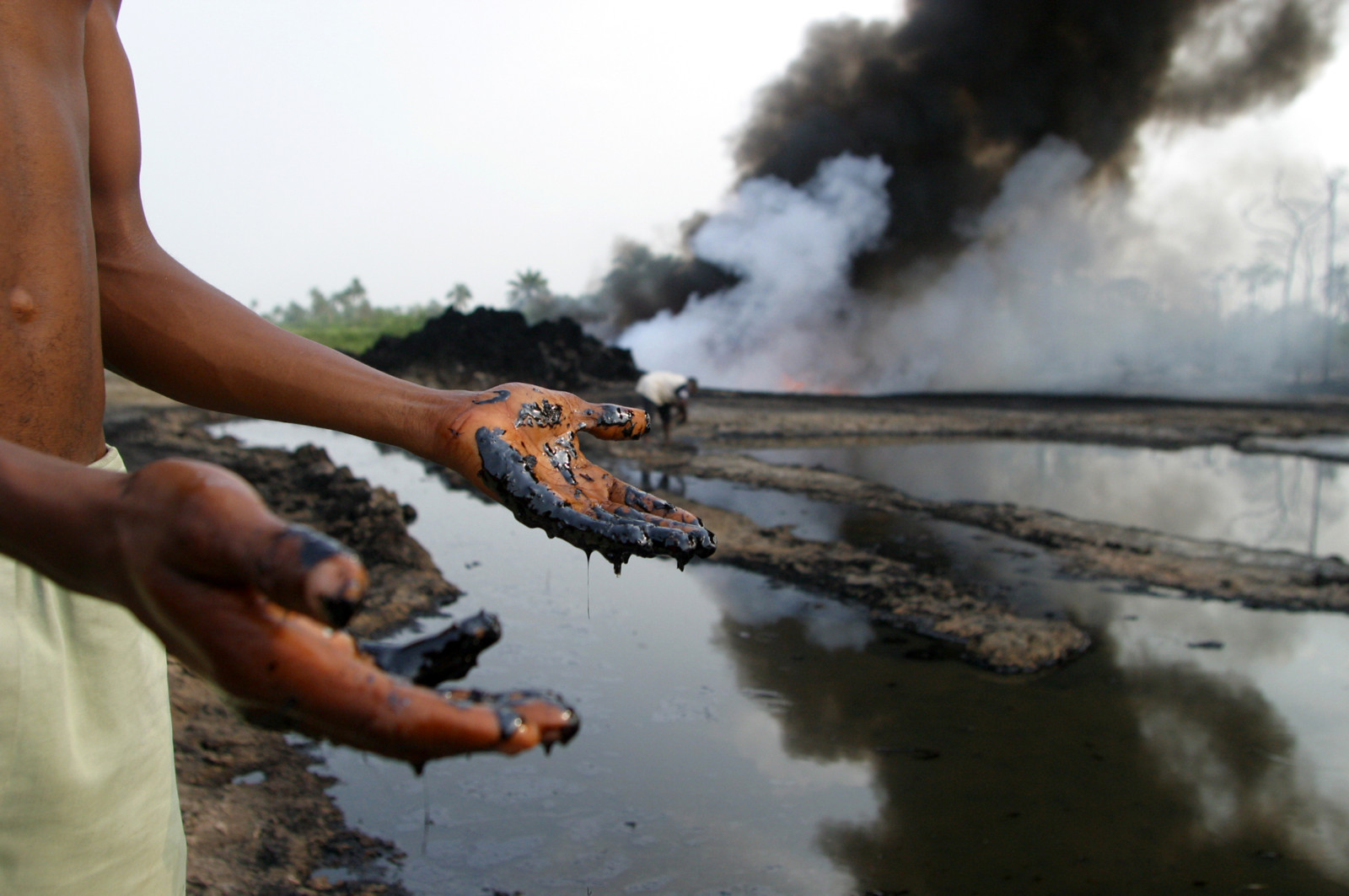 Amsterdam, 23 December 2022 – 4 Nigerian farmers and their communities will receive 15 million euros as compensation for the oil pollution in their villages. The pollution was caused by leakages in Shell pipelines. A leak detection system should prevent future oil spills. According to Friends of the Earth Netherlands, this court case shows large-scale polluters all over the world that they can no longer get away with destructive practices.

In 2008, the farmers and fishermen, together with Friends of the Earth Netherlands, initiated legal proceedings against the headquarters of Shell in The Hague because of the oil pollution on their land. The pollution took place between 2004 and 2007 in the villages of Oruma, Goi and Ikot Ada Udo in Nigeria. Now, over 15 years later, the farmers and their fellow villagers are to receive justice.

Plaintiff Eric Dooh: “Thanks to this compensation we can build up our community once again. We can start to re-invest in our living environment. It is a great relief to all of us that after the years of legal battle with Shell, we will soon be recipients of this money as compensation for all we have lost. I am grateful to God and to Friends of the Earth Netherlands for their support that has led to this result.”

Director of Friends of the Earth Netherlands Donald Pols: “The results achieved will allow the plaintiffs and their communities to finally get on with their lives. That is the most important outcome of today. If we look at the court case as a whole, the major gain is that a new standard has been set: companies will no longer be able to get away with pollution and with ignoring human rights. Now they can be called to account.”

This Nigeria case is unprecedented: for the first time in history a corporate headquarters has been held responsible for the actions of their subsidiary in another country. Shell resisted the claim for many years, arguing from their headquarters in the Netherlands that the case should be heard in a Nigerian court. The Dutch Court did not agree.

In 2021, the court ordered Shell to pay compensation to the Nigerian farmers, to clean up the mess, and to take measures to prevent new spills by installing a leak detection system near Oruma. This system will detect spills sooner.

15 years of fighting for justice

Following the verdict of the court, Friends of the Earth Netherlands and Shell conducted negotiations to determine the amount of compensation to be paid. Friends of the Earth Netherlands, together with lawyers Channa Samkalden and Chima Williams, spent 15 years fighting for justice. The proceedings took so long that all the original claimants (Barizah Dooh, Chief Oguru, Elder Friday and Alali Efanga) have since died.

The residents of Oruma, Goi and Ikot Ada Udo are finally getting compensation, but there are thousands of other villages in the Niger Delta in similar circumstances and this case makes no difference to them. As a result of oil pollution, infant mortality in the Niger Delta is twice as high as in the rest of the country. Farmers and fishermen have lost their livelihoods.

In 2021, Friends of the Earth Netherlands won both the case against Shell in Nigeria and the Shell Climate Case. The court ordered Shell to reduce its global emissions by 45% by 2030. Logically speaking, Shell can no longer explore new oil and gas sources. Yet recent data research shows that Shell is continuing large-scale investments in oil and gas, thus avoiding its responsibility and ignoring human rights. If we want to prevent the damage caused by climate change increasing still further, we really must stop using fossil fuels. Shell is doing precisely the opposite.